Time Travelers now has close to 33,000 unique visitors coming to check out the latest word on luxury and family travel over the past six months! Sophisticated travelers with high incomes are requesting more features on top hotels' spas, hotel suites, hotel restaurant reviews, kids clubs, entertainment options and nightclubs as well as unique destinations and attractions.

Founded by award-winning travel journalist D. Scott Toor, his column "Romantic Getaways" will appear in a new print magazine which will debut this year. Their articles and opinions can be found here and will soon be syndicated on itravel as well as an array of national and international publications. They have contributed to a number travel guides including Ports of Call: Bermuda, Romantic Getaways in Canada & Beyond, Discover Bermuda: and Discover Southwest. 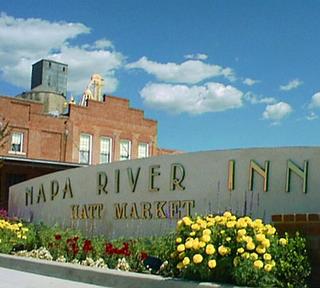 The Bottom Line:
Boutique hotel in the historic Napa Mill complex on the Napa River.
What's Special About Napa River Inn: Centered in a 19th century mill on the Napa River, this historic boutique hotel shares space with upscale restaurants, shops and the Greenhaus Day Spa. Tastings from boutique wineries are held in the lobby, and ensuite breakfast from Sweetie Pie's Bakery is included. Seasonally, musical and theatrical performances are held outside.
Guest Rooms and Rates: 66 guest rooms and suites. Accomodations range from Victorian furnishings in the original Hatt building, with the white maple tongue-in-groove floor that once served as a roller skating rink; to modern California furnishings in the newer Plaza building. A third building, the Embarcadero, has a nautical theme. Guest rooms include refrigerators with complimentary water and wireless Internet access. From $159.

Extra people in the room (including children over two years old) are charged an additional $25 per night; cribs are $25 per night.